A sibling of Irbenskiy lightship

Caspian was the second Russian sea basin after the Baltics where the lightship station was established. It located near Chistaya Banka island on approach to the harbour of Astrakhan. Since 1836 she marked the fairway to Chetiryokhbugorniy island, a point that since early XVIII century connected the deepwater sea and shallow river navigations. Chetiryokhbugorniy island hosted the first Russian lighthouse built on the Caspian coast. As the water level in the Caspian fell, this lighthouse was put out of use. 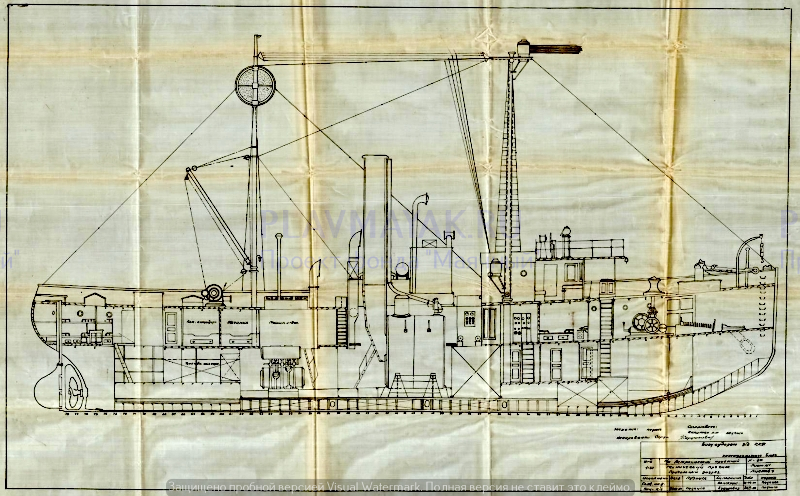 Srednezhemchuzhniy Lightship for the Caspian sea,  built in Saint-Petersburg, 1912

In the second half of the XIX century three more lightship stations were established: Krasnovodskiy on approach to Krasnovodsk (now Turkmenbashi, Turkmenistan), Astrakhanskiy by the mouth of Volga (mentioned in 1864, later removed), Shahova Kosa by the South-Eastern edge of Apsheron peninsula, near Baku (now Azerbaijan). One Russian lightship named Ashur-Adeskiy was stationed by the harbour of Astrabad, Persia (now Gorgan, Iran). This was due to the Turkmanchai peace treaty between Russia and Persia that allowed Russian merchants to trade in Persia and to maintain a harbour on the Caspian for the cargo transshipment.

Besides the lightships of the Marine Ministry a number of lightships known as 'brandwachts' were maintained by the shipping and oil drilling companies. 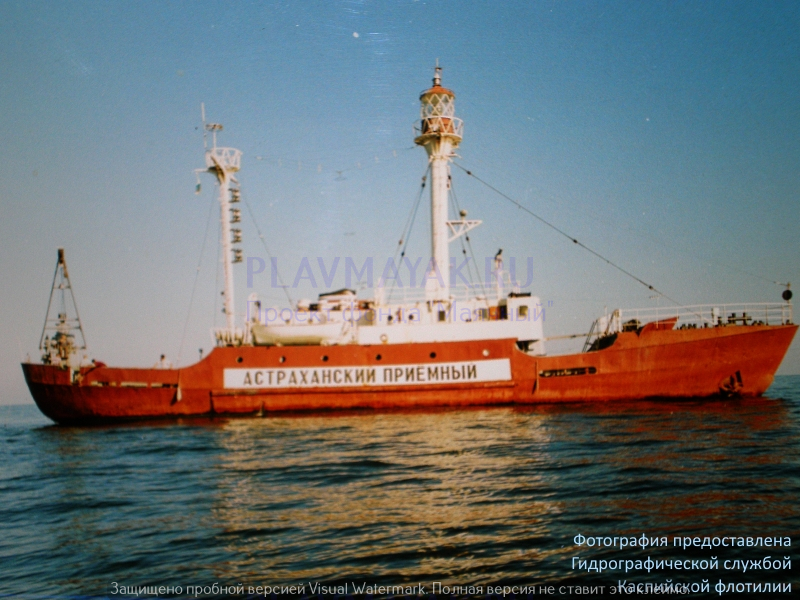 Astrakhanskiy-Piyomniy lightship on the Caspian, built in Turku, 1961

Althoug the Caspian stands far from the Baltics, the shipbuilding facilities available in Saint-Petersburg and Finland made it reasonable to order Caspian lightships from there. For example, in 1910 Saint-Petersburg affiliate of Crichton&Co shipyard built a steam-powered lighthsip Srednezhemchuzhniy. It was stationed at the end of the Volgo-Caspian sea channel. Her initial name came from a nearby shoal, but later she was renamed into Astrakhanskiy-Priyomniy (Astrakhan-Reception). 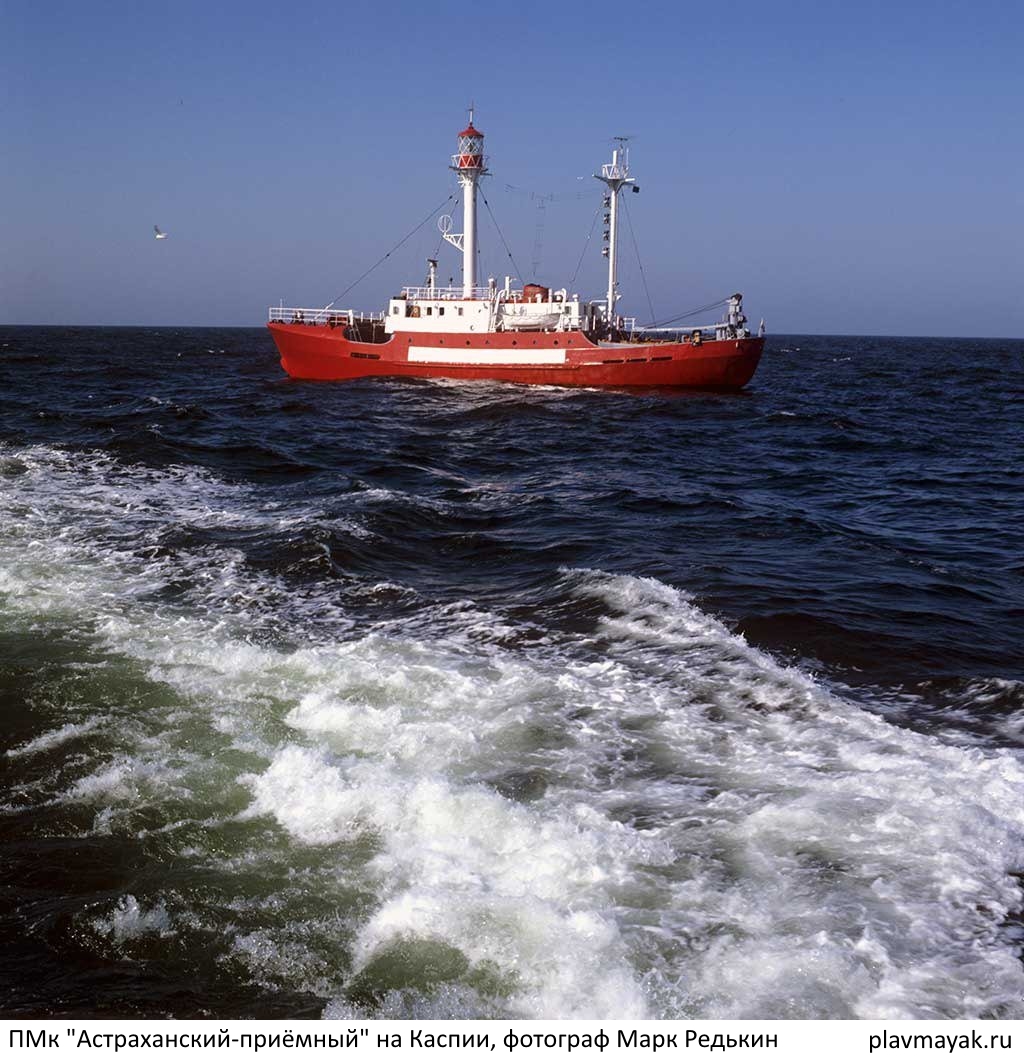 Lightship Astrakhanskiy-Piyomniy on the Caspian sea. Photo by Mark Redkin

After the Russian Revolution a new official body was established in Astrakhan - UBEKOKASP (Department of the navigation safety on the Caspian). On 9 July, 1920 it was merged into the Caspian Flotilla of the Soviet Russian Navy, headquatered in Baku. By 1920 the flotilla posessed 5 lightships, 16 lighthouses and 3 beacons. 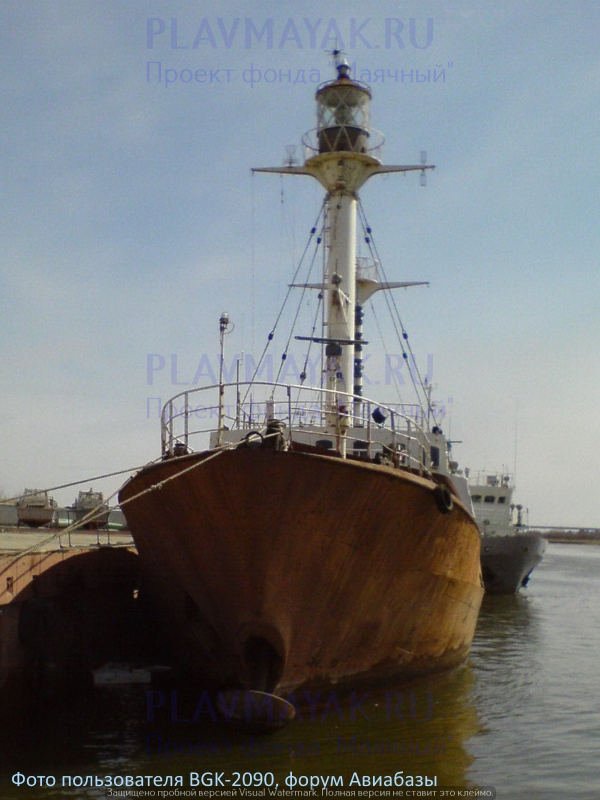 Lightship Astrakhanskiy-Piyomniy shortly before it was decommissioned

In 1961-1962 Laivateollisuus shipyard (now Wartsila Marine, Turku, Finland) delivers to the Soviet government two identical new lightships - Irbenskiy and Astrakhanskiy-Priyomniy. The latter was moored on approaches to Astrakhan, by the mouth of Volga river. It worth mentioning that the previous lightship stationed nearby Astrakhan also had a sibling from the same shipyard, Lyserortskiy, that was just as Irbenskiy sent to the Baltics, North-Western coast of Latvia. But unlike Irbenskiy, its sibling on the Caspian hosted a pilot service and a meteorogical station. 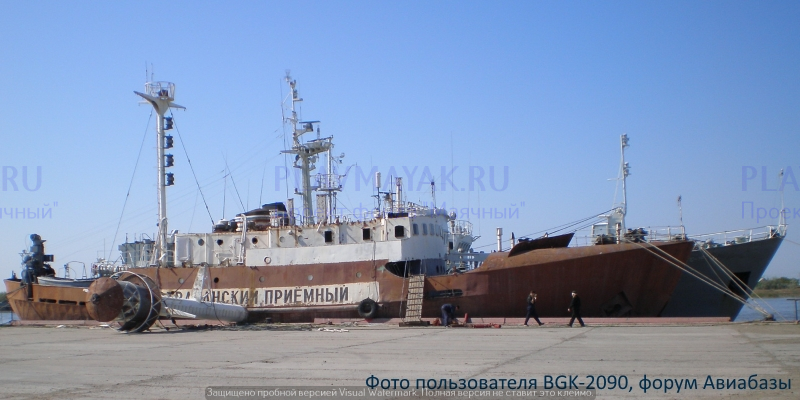 Latern mast taken off the lightship

With the economic collapse of the 1990-ties, the volumes of cargo carried via Volgo-Caspian channel decreased sharply. The channel was poorly serviced and the lightship was removed. In 2008 she was decommissioned, her lantern was cut and mounted ashore by the Caspial flotilla hydrographich office. The hull was put on auction as scrap metal multiple times. 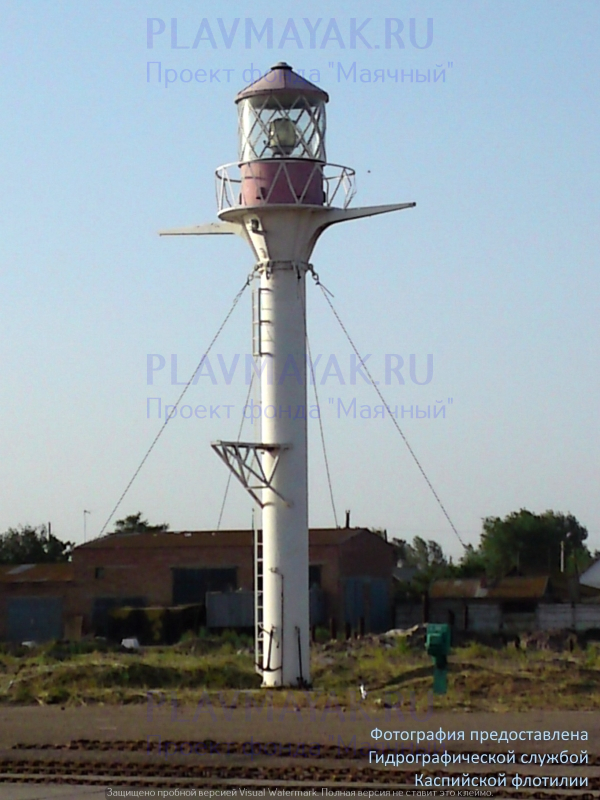 The Mayachny Foundation is looking forward to any drawings, photos and documents of Astrakhanskiy-Priyomniy lightship, as it would help to repair its surviving sibling, Irbenskiy, and to arrange a memorial exibition about lightship service in Russia. 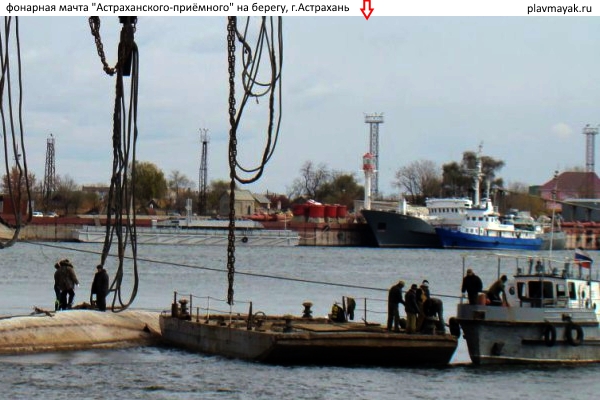 Latern mast ashore in Astrakhan, foto from the Internet 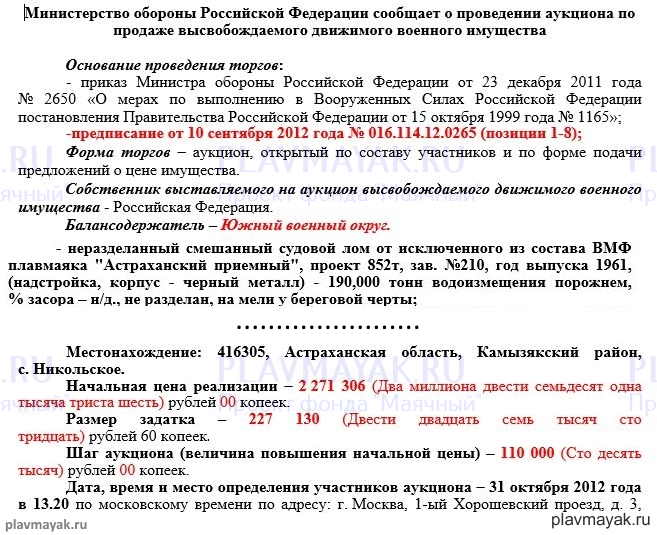 Russian lightships on the Caspian, 1890-ties 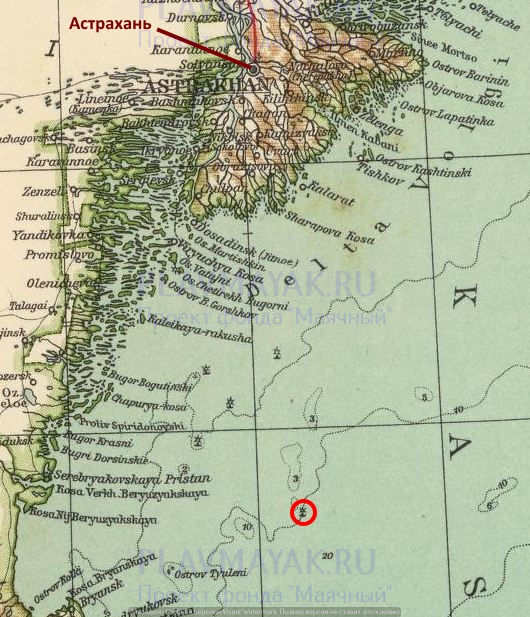 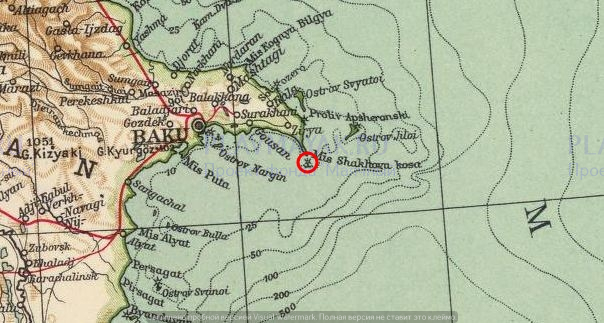 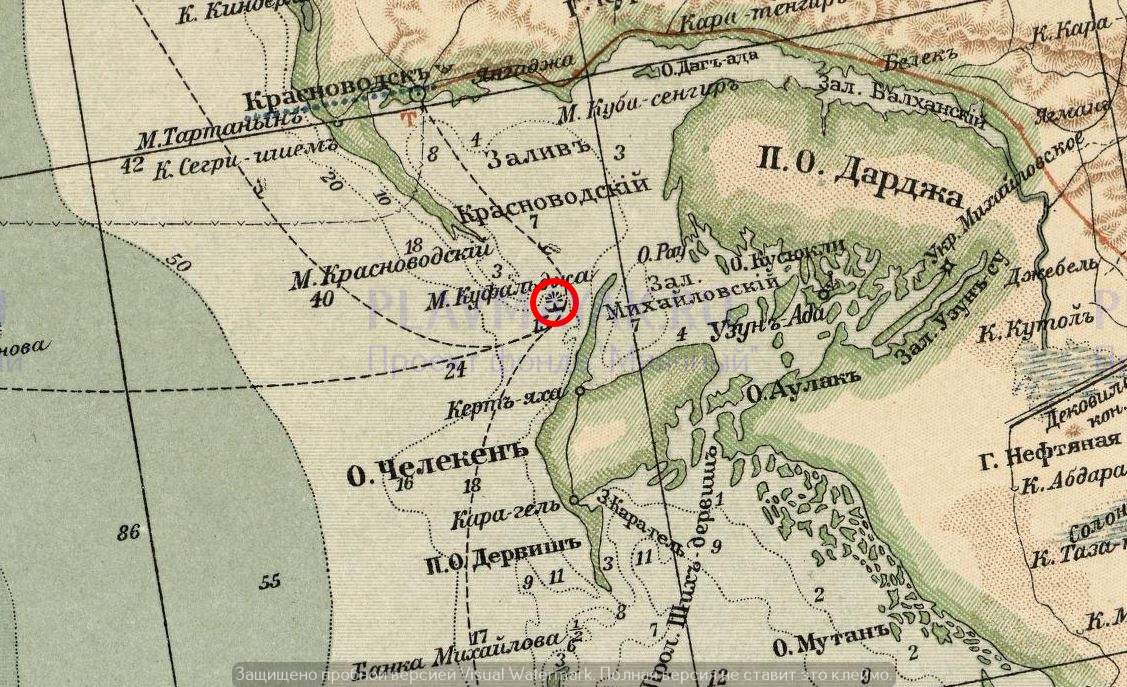 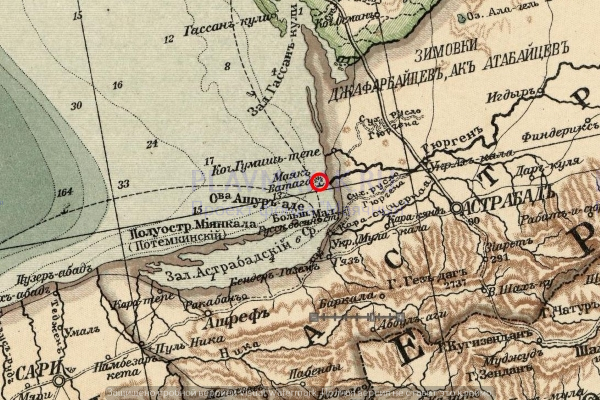